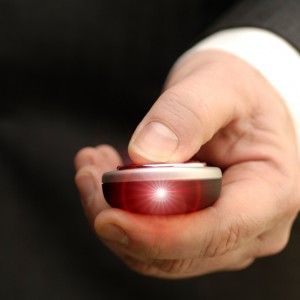 Some Pointers on Delivering the Summation

A. Where to Stand – Counsel should maintain a respectful distance of about eight to ten feet from the jurors, standing at the center line of the jury box. The argument should be delivered from this [&hellip... Read More →

Deal with the Volunteering Witness

If you do not insist on one word answers, some witnesses will abuse the process volunteering material that is simply not called for by the question in a partisan effort to reach out and hurt your [&hellip... Read More →

Demonstrative evidence is cool and persuasive, but how do we take that next step and place it in the jury room for deliberations – the real final argument? It is really not that hard. With a [&hellip... Read More →

The Basic Purpose of Demonstrative Exhibits

As trial lawyers, we have to provide information in the format that our jurors require. There are many studies that document why demonstrative evidence works, but we do not need a study or a book to [&hellip... Read More →

Even with sufficient planning and preparation, problems with demonstrative aids are inevitable.  Presentation problems do not determine the outcome of the case as much as do the lawyer’s reactions to the problems. To alleviate potential pitfalls, [&hellip... Read More →